Astronauts spend an average of six-months aboard the International Space Station. During that time, their bodies will undergo many transformations as they adapt to the abnormal space environment.
With stays in space getting longer, understanding the impacts of space travel on our metabolism is paramount for ensuring healthy long-term journeys.
A research group from the Tohoku University Tohoku Medical Megabank Organization (ToMMo) and the Japan Aerospace Exploration Agency (JAXA) have gained insights into metabolic changes in space.

The group previously reported on the influence of Nrf2 - a protein that regulates gene expression and protects cells from various stresses - in regulating our metabolism in space. Increased white adipose tissue after space flight was canceled out in mice with Nrf2 knockout - a process by which Nrf2 is genetically inactivated.
For the current study, researchers collected micro blood from mice that had stayed on the International Space Station. Analyses of metabolites found space travel increased the levels of phospholipids and cholesterol but decreased levels of triglycerides - the main constituents of body fat in humans - in the blood. They further examined lipid levels in the white adipose tissue, noting decreased phospholipids and increased triglyceride levels.
Gene expression analyses in different tissues revealed that expression levels of lipid metabolism-related genes became altered after space travel. These were again negated by the Nrf2 gene knockout, thus revealing the critical importance of Nrf2 in metabolic regulation during space travel.

Their findings were published in the Journal Communications Biology on December 9, 2021. These study data will be open on the database, ibSLS (Integrated Biobank for Space Life Science ). 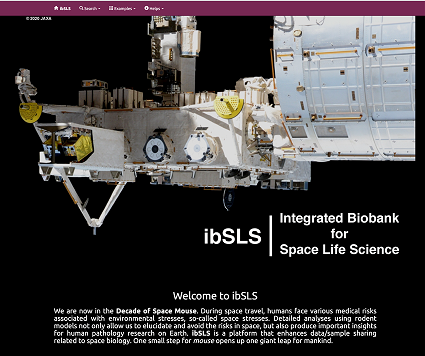