The building for the Tohoku Medical Megabank Organization was designed for Tohoku Medical Megabank Project and the construction of that completed in 2014. It is located on the southwest corner of the Seiryo campus. The building has seismically isolated structure and some characteristics specialized for the project. Around 300 people are working in this building for establishing the genome medicine. 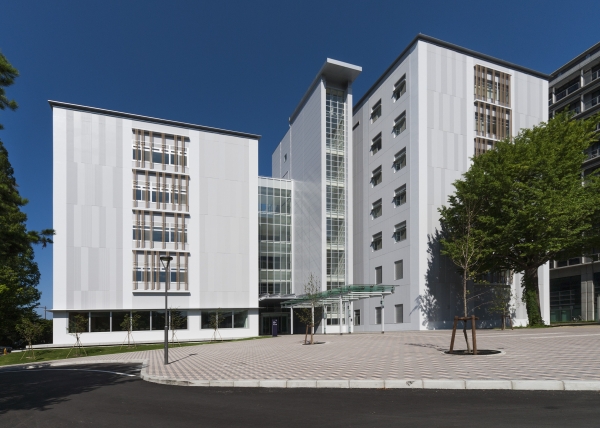 Sendai Community Support Center was established as an assessment center for TMM CommCohort Study and TMM BirThree Cohort Study performed by Tohoku Medical Megabank Organization. We also established six more assessment centers at Miyagi prefecture. We attempt to make the basis for next-generation medicine by analyzing the genome information and make storage for these big data. Participants are explained individually by Genome Medical Research Coordinator (GMRC) for the informed consent to join our project. In the center, there are more than ten equipment for medical examinations such as body composition analysis, bone density measurement, respiratory function test and oral health check-up. We also have MRI facilities, rooms for related cognitive assessment, and the counseling rooms for mental healthcare and genetic counseling. 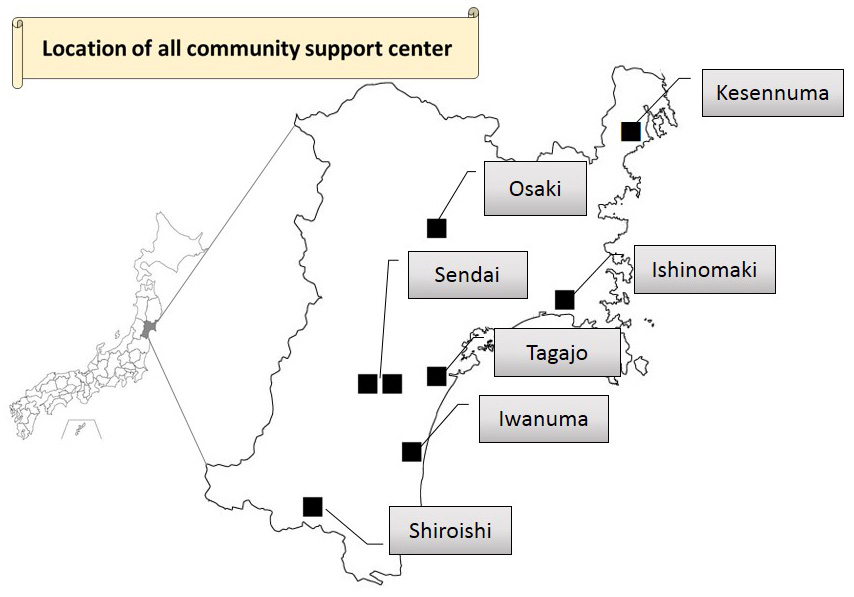 Two dedicated 3.0 Tesla high-resolution MRI scanners have been installed in the building for the Tohoku Medical Megabank Organization. These scanners will allow us to collect data from several thousand subjects every year. We will assess brain gray and white matter volumes, white matter integrities, white matter lesions, brain perfusions, and brain vessel structures through several scanning protocols. We are investigating how daily habits or genetic factors influence the brain, its cognitive functions, and psychological conditions in order to maintain a healthy brain and good cognitive functions for life. Based on these studies, we are considering health damage such as PTSD after the disaster.

The Sendai Child Health Square was established in June 2017 as a facility for conducting child health surveys to monitor the development of children. The facility is equipped to primarily survey the health of children aged 5, 10, and 16 years, who are already enrolled as participants in TMM BirThree Cohort Study, while also providing an enjoyable atmosphere for the participating children. The major equipment used for the surveys is similar to that in the Sendai Community Support Center. It is also furnished with special equipment related to child development, such as the Gazefinder (a social development evaluation system). 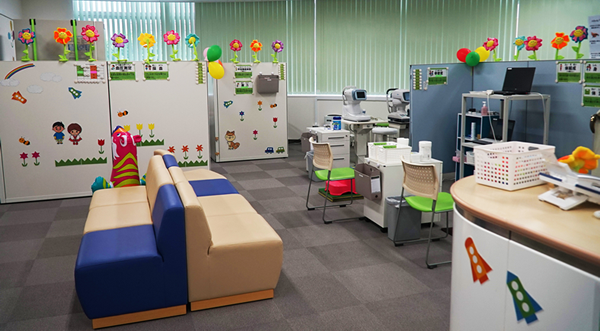 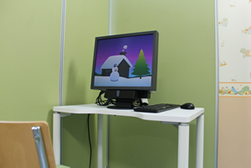 The supercomputer system is constructed to serve as the basis of the genome cohort and biobanking project for 150,000 people. In addition to being a data bank that stores various kinds of data, it should also be a basis for conducting various analyses such as large-scale genome analyses to support next-generation medical treatment. The system has 14,880-core CPU and 24GPU' s with massively parallel hard disk systems of 55 petabytes that can carry out high-speed data analysis, and is equipped with the latest optical disks and tape drive those are capable of storing data as long-term storage. The system comprises the largest scale in Japan in the field of medical sciences. The system stores various kinds of data after deidentification, including genome and omics data, as well as the survey information collected from the cohort studies and physiological examination data, thereby ensuring a high level of security. At the same time, it is designed to efficiently conduct the necessary analyses for achieving personalized prevention and medical treatment. The supercomputer system was set up in 2014, updated in 2018, and the most recent update was in 2022. 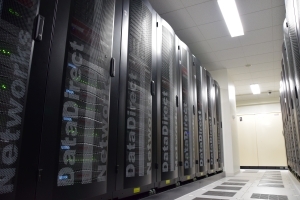 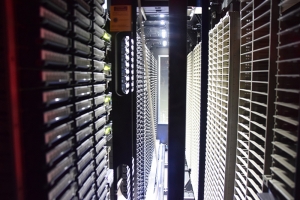 The TMM biobank is one of the largest population-based biobanks in Japan that stores millions of biological specimens in the state of the art storage systems.
Automated sample storage system can hold 4.5 million tubes which contain blood components, urine, breast milk and DNA at either -80°C or 4°C. The system picks specimens automatically minimizing the occurrence of human errors and sample damage. Liquid nitrogen storage system can hold 1.3 million tubes in the vapor phase of liquid nitrogen below -180°C. The tubes contain peripheral and cord blood mononuclear cells and their derivatives. The specimen-associated information is managed by the Laboratory Information Management System(LIMS). 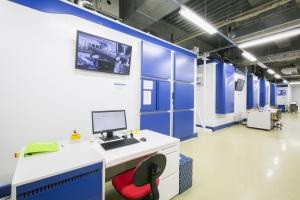 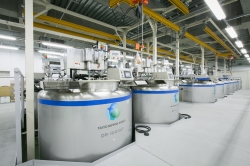 ToMMo sequencing facility has different types of next-generation sequencers. Its annual output can be more than tens of thousands of high-grade whole human genome sequences. To perform such high throughput sequencing without any sample mix-ups, we set up highly automated experimental pipelines for sample preparations. Using not only short-read sequencers but also so-called long-read sequencers, various types of human genome diversities, such as single-nucleotide variants and structural variants, are being analyzed. In order to sequence a whole human genome with the best quality possible, 20 to 100 times the amount of data (up to 300 billion letters) must be collected for analysis. These massive amounts of data are protected by a highly secure information network and analyzed with our supercomputer system. 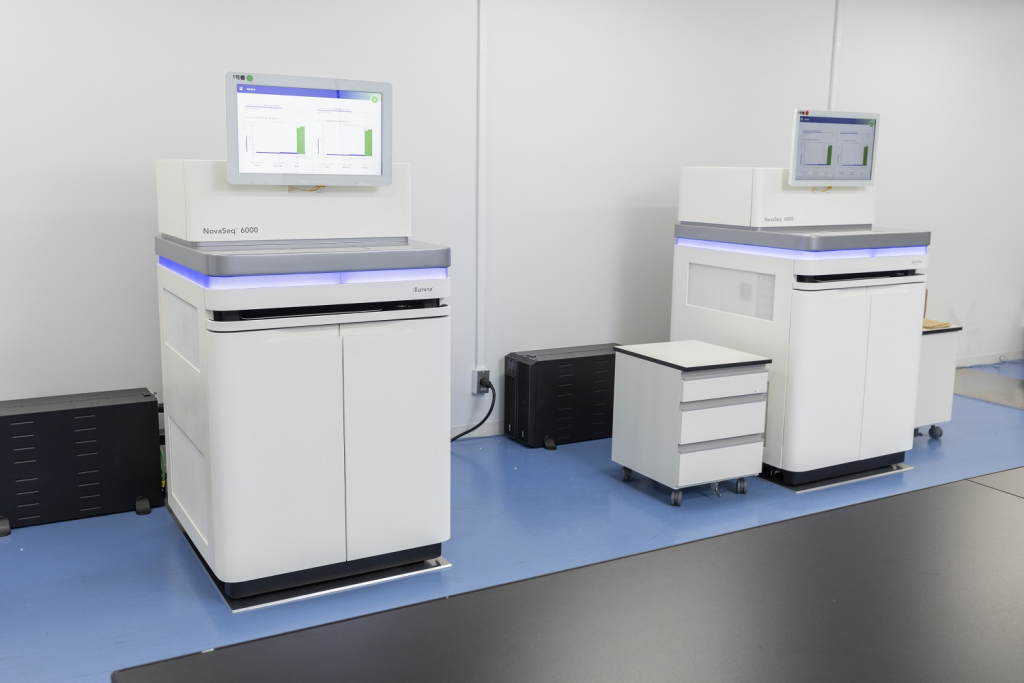 The cutting-edge omics analysis facility is able to analyze and quantify, to a high degree of precision, the various metabolites and proteins that are contained in the blood and urine samples stored in the biobank facility. Three high-field and high-sensitive nuclear magnetic resonance (NMR) spectroscopy system (800MHz and 600MHz) and various types of mass spectrometry system (LC-MS, GC-MS, etc.) have been installed for supporting wide variety of analysis. Each system has an auto-sampler, making it possible to analyze several thousands of samples per year. The obtained data are stored in the supercomputer system. Our study provides the standard omics information (types and quantity of metabolites and proteins) of the Japanese people, which is useful for a wide range of medical treatment and research. 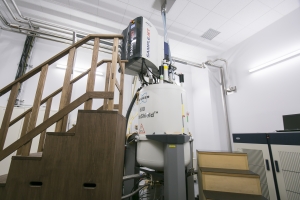 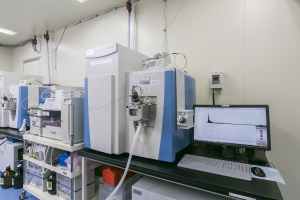 Array analysis facility performs SNP genotyping using microarray techniques. Several types of microarray systems are used according to different purposes of projects. Each system is equipped with a Laboratory Information Management System (LIMS) to record samples and reagents information, conditions of dispensing robots, and others for the process control. The microarray data are sent to our supercomputer system, quality checks and genotype imputation are performed. 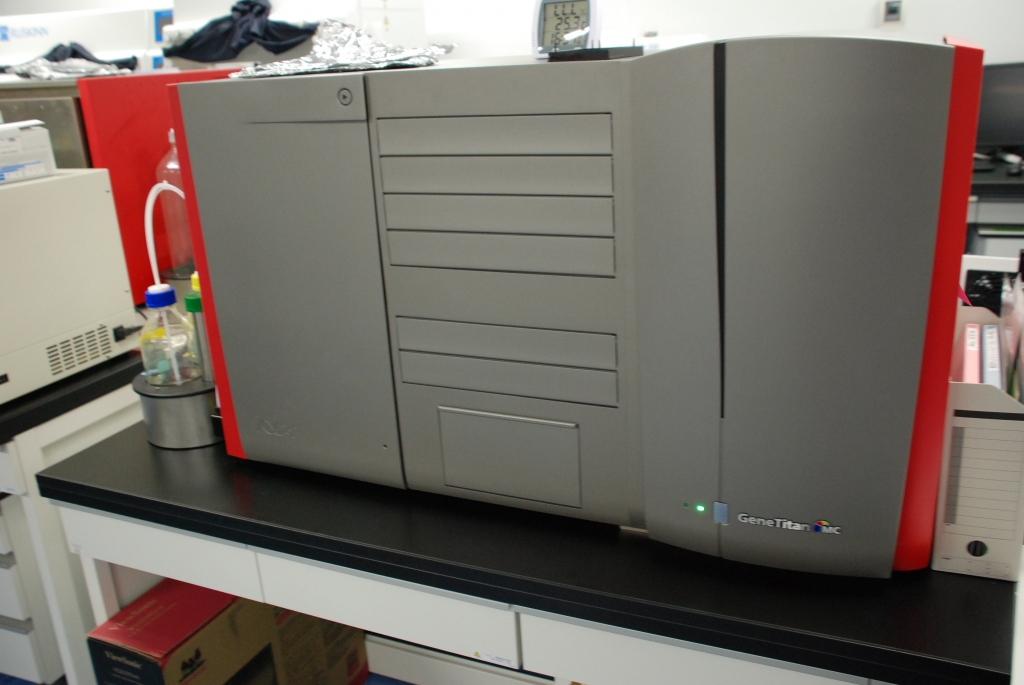 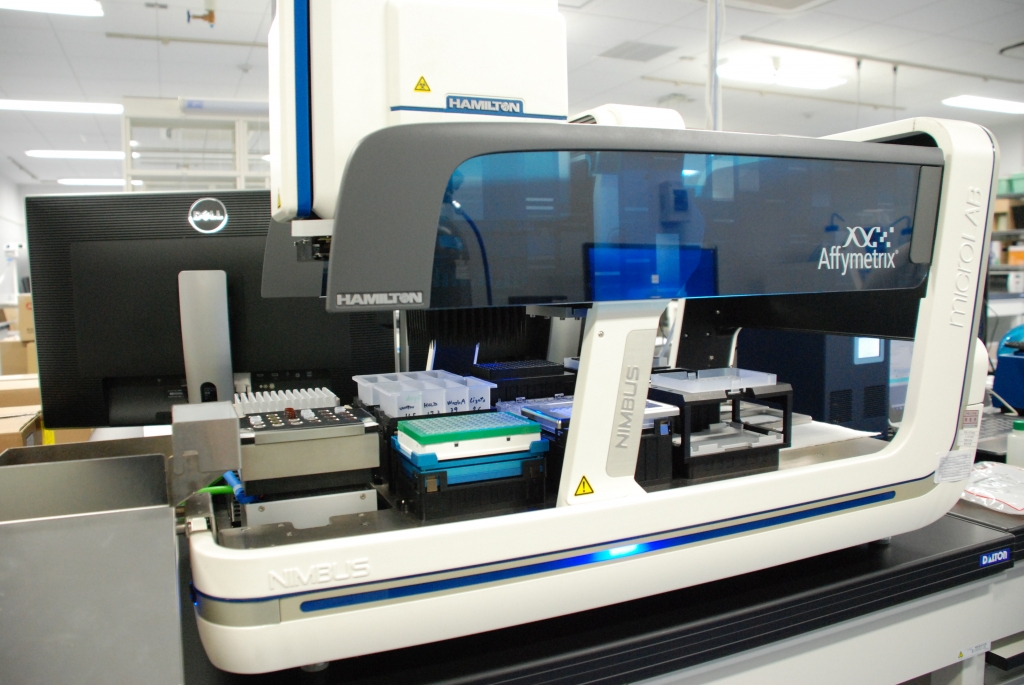 Clinical Biobank, as one of the facilities of the Advanced Research Center for Innovations in Next-GEneration Medicine (INGEM), is operated along with the Tohoku University Hospital Personalized Medicine Center to collect the precious biological specimens through medical care from the Tohoku University Hospital. It stores not only liquid samples such as blood components, but also various types of samples, including tissue specimens from surgery. All the biological specimens are anonymized and preserved at appropriate temperatures for future research.

the Advanced Research Center for Innovations in Next-GEneration Medicine (INGEM)