On June 1, 2018, chief of staff delegation from the Congressional Study Group on Japan paid a visit to ToMMo. The Congressional Study Group on Japan have been conducting a study tour every year for current members of congress and senior congressional staff. This time, they brought chief of staff delegation to Sendai.
Following an introduction of ToMMo by Professor Kengo Kinoshita, they took a tour of the facilities such as Supercomputer System, Biobank, Sequencing facility, Sendai Community Support Center and Sendai Child Square. 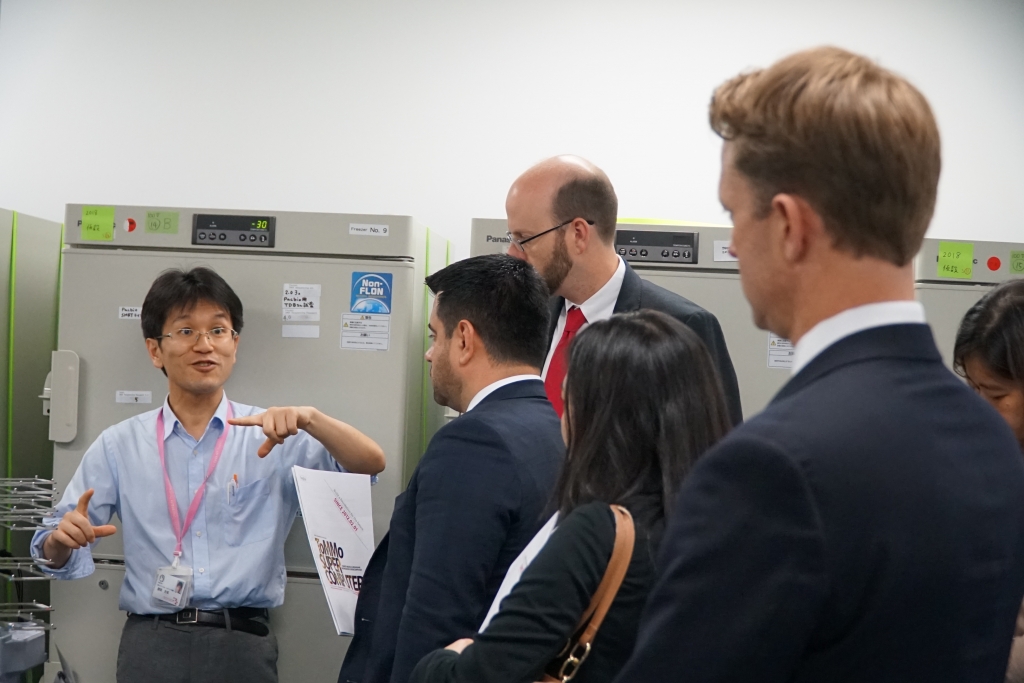