On September 29, 2017, Professor Michael Arthur, President and Provost of University College London (UCL) and his colleagues paid a visit to ToMMo.
Following an introduction of ToMMo by Executive Director Yamamoto, they took a tour of the facilities such as Sendai Community Support Center, sequencing facility, biobank, MRI room and supercomputer system.
Some of them are particularly interested in about our MRI project of cohort study and asked bunch of questions. They said they could have great time in ToMMo.
We hope we could collaborate sometimes in the future. 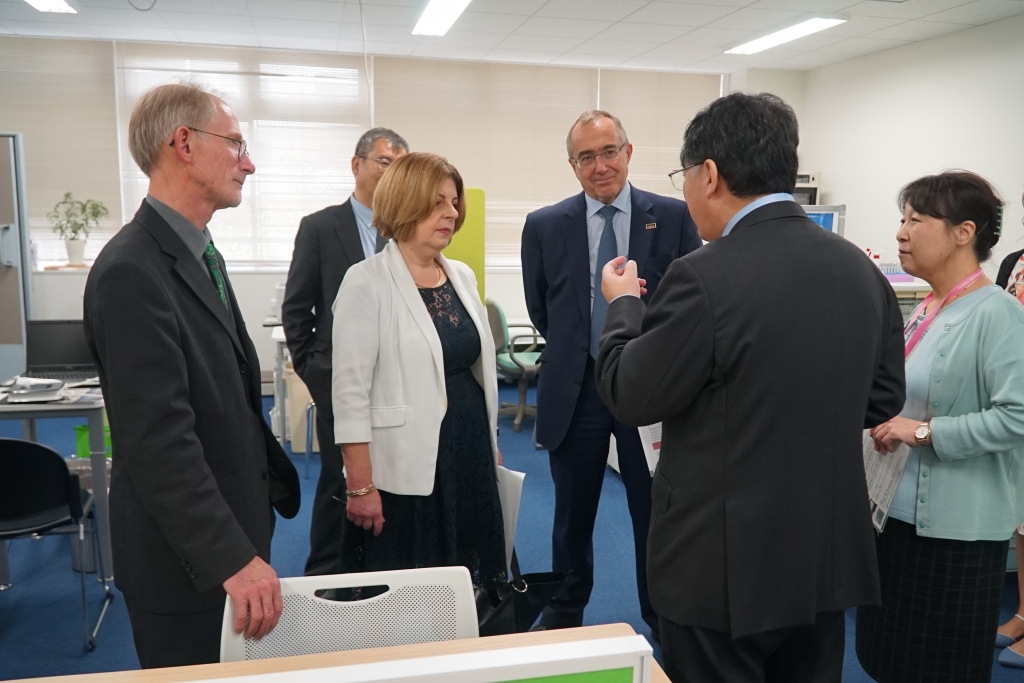 Delegates from UCL and Executive Director of ToMMo.