On May 10, they made a visit to ToMMo. Following an introduction of ToMMo, they took a tour of the facilities such as Supercomputer System, Sequencing facility, Sendai Community Support Center and Biobank. 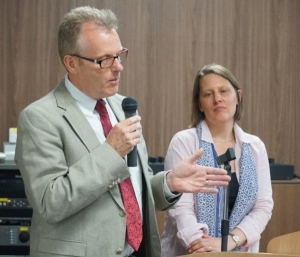 International Symposium on improvement of the medical information infrastructure in Tohoku (Feb. 23-25)